The Giorgia Longo Association has created a children’s book titled “Gilly and the Pencil of Dreams” in collaboration with schools attended by Giorgia, from Elementary to High School. The book was specially designed for younger children (2-10 years old) with the purpose of encouraging the learning of foreign languages spontaneously and in a fun way. The text is repeated in the four languages Giorgia studied (Italian, English, French and German) using simple language, complemented by illustrations by children and teenagers. The publication will be distributed to the children of the Giannina Gaslini Children’s Hospital in Genoa through an Association of volunteers called “La Band degli Orsi”, to give a smile and a bit of happiness to the children there. Thanks to the work of the “Cuoredarena Social Active Supporters”, in memory of the season Giorgia played in Jesolo, the book project also extends to the children’s ward and cancer unit of the Treviso and Conegliano Hospital. This is where the LILT Giocare in corsia Volunteer Association operates and where the fairy tales will be read to other children to make their time in hospital more enjoyable and less painful.

The book will also reach students of the “Sisters of St. Agatha” in India, in the state of Madhya Pradesh, a very poor region, and will get to know about a girl who, like them, was a pupil in the school of the same family of schools where she would have liked, after her studies, to teach.

After this, a delegation from Igor Novara Volleyball Club will present the booklet, accompanied by the teddy bears donated by the team’s fans, at a charity event at the sports club during the “Teddy Bear Toss” initiative, to the Children’s Ward of the Ospedale Maggiore of Novara, via the NEON (Infants at Risk) and Abio (Children’s Hospital Association) Associations in Novara. 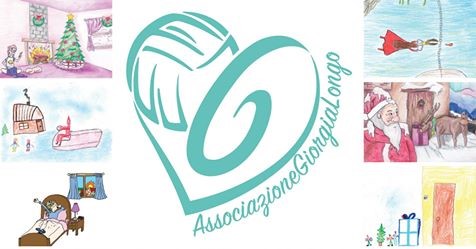 Gilly around the world - Belgium

Mission of Sisters of St. Agatha in India (Madhya Pradesh)